We finally had a Saturday where both the weather was nice and I had no commitments.  The weather today was actually beautiful.  As is often the case, I started at Whetstone Park and headed south on the Olentangy Bike Trail.

I posted a picture of this building under construction on November 16, 2013.  Here’s the finished product.  (This is Tuttle Park looking south towards campus.) 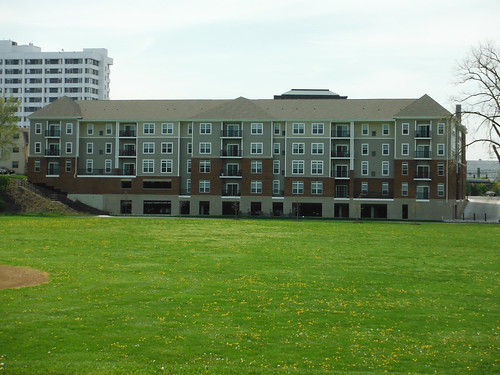 This is from the same spot, Ohio Stadium on the left, St. John Arena on the right. 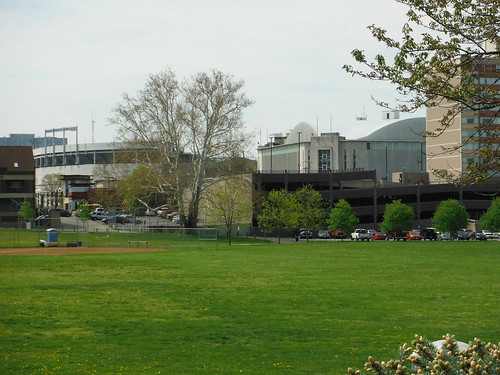 Further south I came upon a bunch of road construction on the trail. 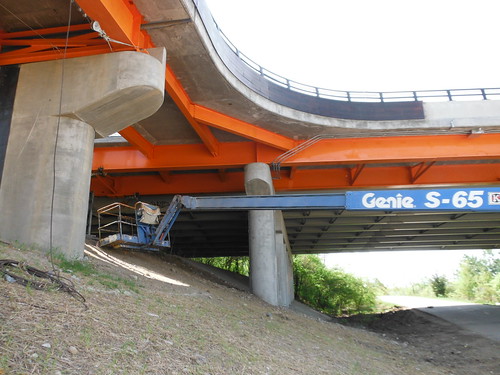 They put a ramp up to Goodale Street.  I decided to pull over onto the ramp to take a picture.  Unfortunately, the ramp had a rather high lip at the start.  When I hit it I lost control and did my version of a trapeze act as I flew over the handle bars of my bike.  I crashed approximately where my bike is parked below. 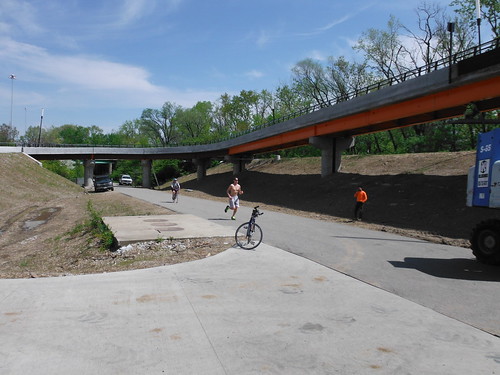 Picture of downtown from North Bank Park.  I was trying to be artistic with my photo composition. 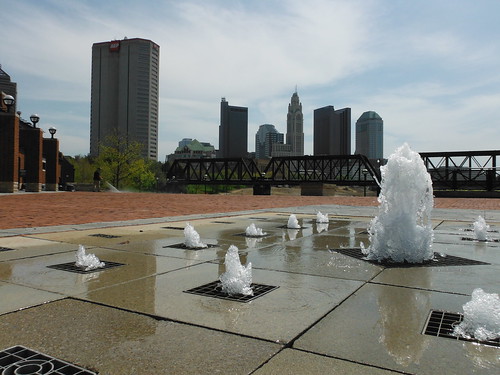 I posted a picture of this building under construction on September 27, 2014.  It’s come a long way since then. 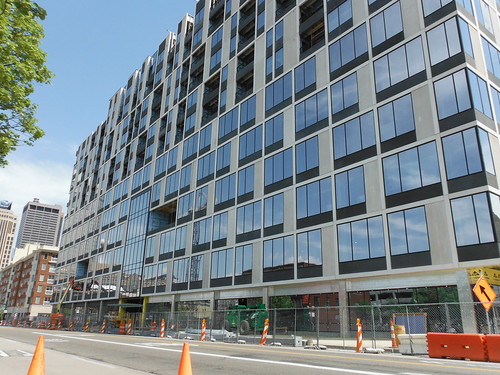 Further north on High Street the Cap City Half Marathon was finishing up. 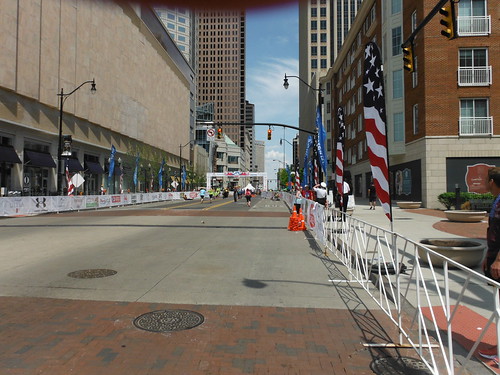 The celebration was in full swing at the Columbus Commons. 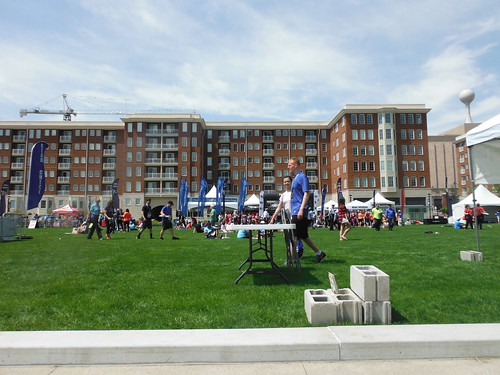 High Street was closed for the race so I went east to 4th Street which was real busy because of the High Street closure.  On the corner of 4th and Gay Street are some nice fairly new condos that extended for over a block east. 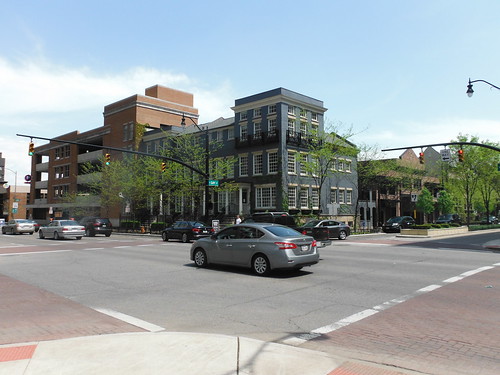 A little north and east of there at Normanday & Long are the new Normandy Condos.  I posted a picture of them under construction on May 11, 2014.  They’re looking good. 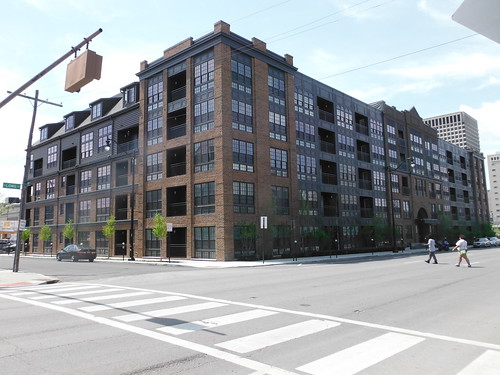 I’m glad they’re building lots of residences downtown.  It will add some life on the weekends.  There have been times when I’ve felt all alone downtown.

Up in the Short North is this building I posted a picture of on September 27, 2014.  Here’s what it looks like now. 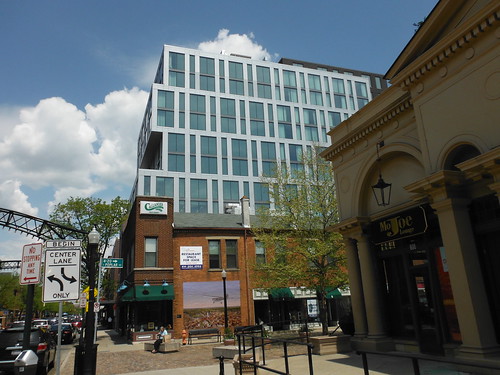 You may have noticed that the theme of this post is updates on construction sites I have previously visited.

Back to Whetstone Park.  When I got there I still felt pretty good, despite planting my face in the concrete earlier, so I went a little further north to Antrim Lake. 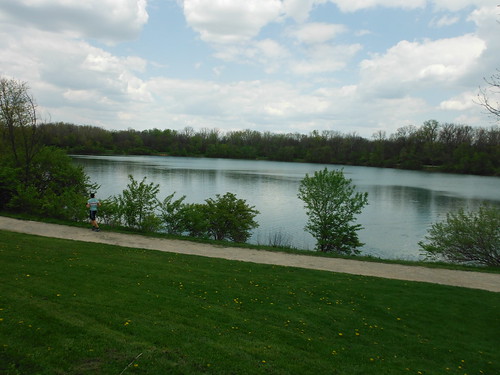 Back to Whetstone Park, 26 miles.

P.S. The traffic in the North Side Fix was God awful.

I live in Lewis Center, Ohio & recently retired from JP Morgan Chase. I enjoy many outdoor activities and do a lot of biking. If anyone would like to join me for a ride just let me know.
View all posts by Tracy M →
This entry was posted in Bike Trails, Columbus and tagged 250 South High Street, Antrim Lake, Cap City Half Marathon, Columbus, Columbus Commons, North Bank Park, Ohio Stadium, Olentangy Bike Trail, Short North, St. John Arena, The Normandy, Tuttle Park, Whetstone Park. Bookmark the permalink.