Spectacular autumn day in Columbus, Ohio.  I wasn’t able to ride last Saturday because I sprained my ankle the Friday before in the woods behind my house.  Oops.

I started at Whetstone Park & went south on the Olentangy bike trail until I got to Ohio Stadium about seven and a half hours before the game so the traffic and crowds weren’t bad yet.

The Bearcats had arrived. 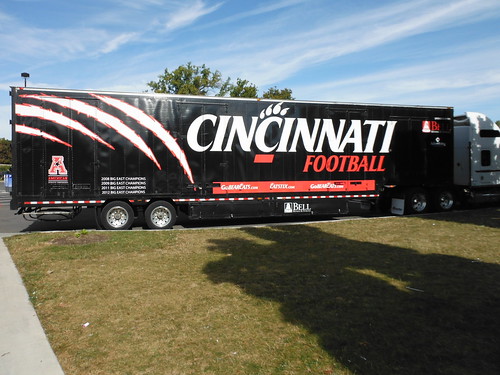 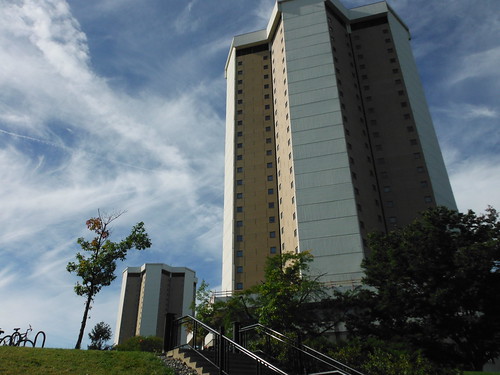 Further south, this building is the south campus chiller plant. 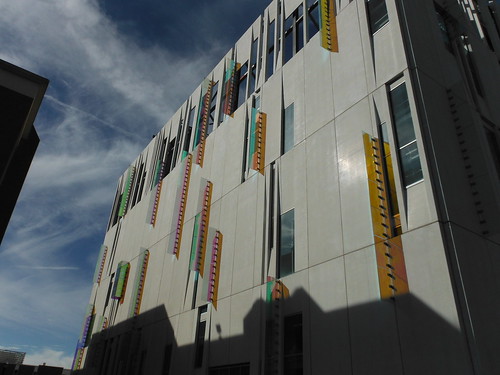 I followed Cannon Ave. until it dead ended at King Avenue then cut through the Battelle complex.  I didn’t have any destination in mind so I just wandered around.  I went west and got on Sixth Avenue in the Dennison neighborhood.  It’s a nice quiet neighborhood with big old houses, similar to Victorian Village. 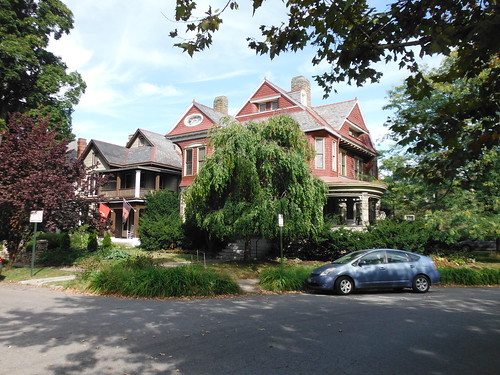 When I got to Pennsylvania Avenue I headed south. 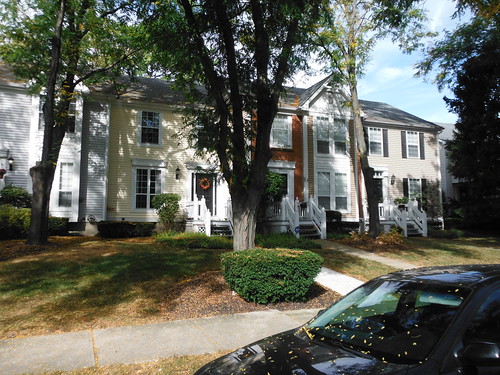 At some point I think I crossed into the Harrison West neighborhood.  Came upon this place at the corner of Pennsylvania & 3rd called Katalina.  I had never heard of it but there was a line to get in so I’m guessing the food is good. 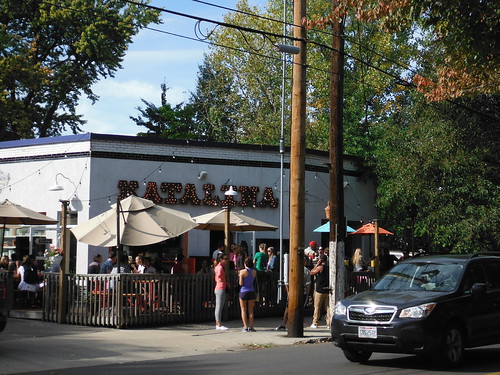 Came across First Avenue School at 1st & Harrison built in 1874. 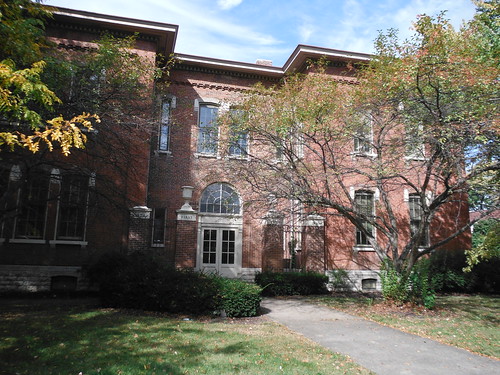 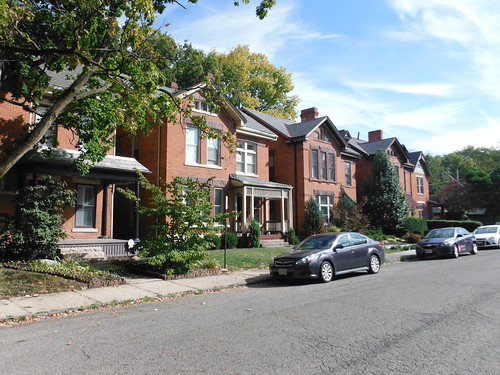 This alley looked interesting so I went south.  It turned out to be Delaware Avenue. 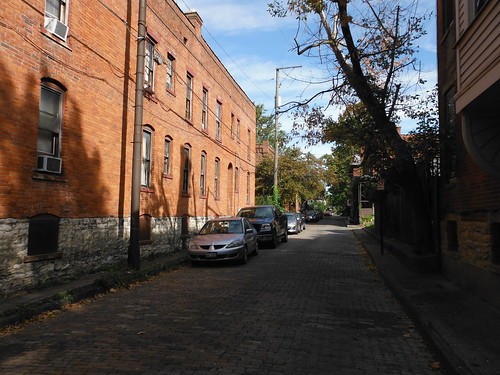 Further south, almost to Goodale Blvd., I came across this construction project.  I think it is part of Thurber Village. 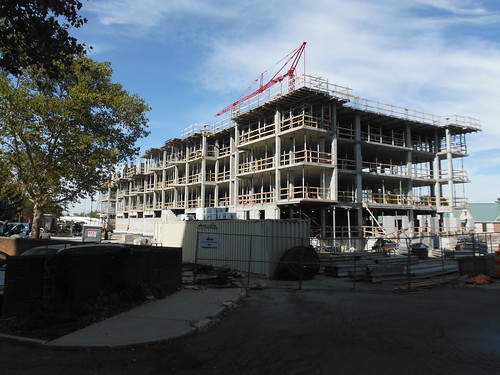 I didn’t want to go against the traffic on Goodale Blvd. so I backtracked and headed towards High Street on Buttles.

Across the street from Goodale Park were all these incredible old houses.  All the times I’ve been in Goodale Park I can’t believe I never noticed these houses before. 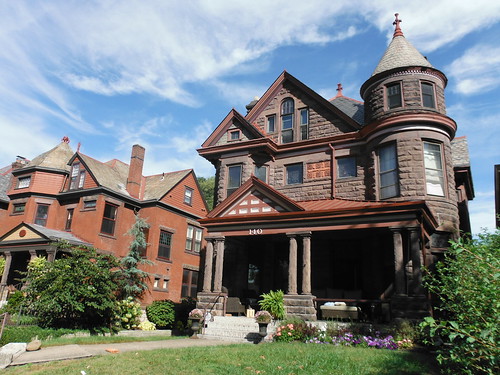 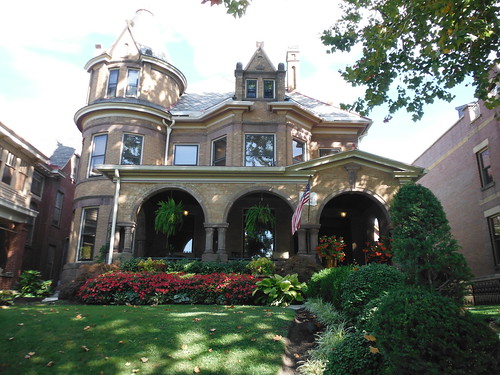 This one looks newer but it’s just as grand.  This is about a block from High Street. 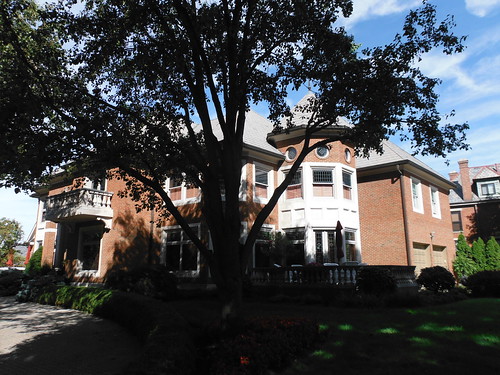 Goodale Park, across the street. 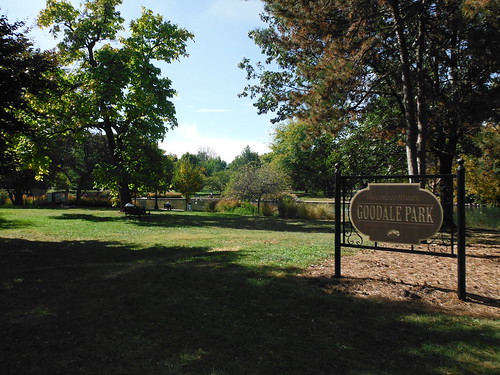 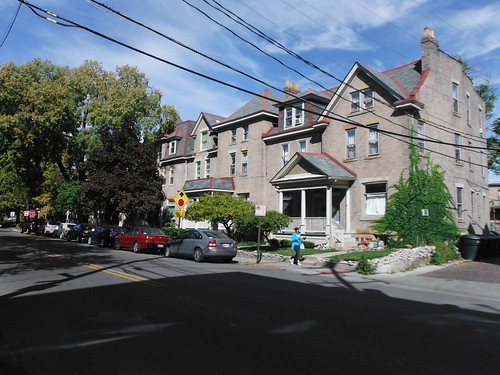 I mentioned these two buildings under construction in the Short North in my April 12, 2014 post.  Here’s the progress. 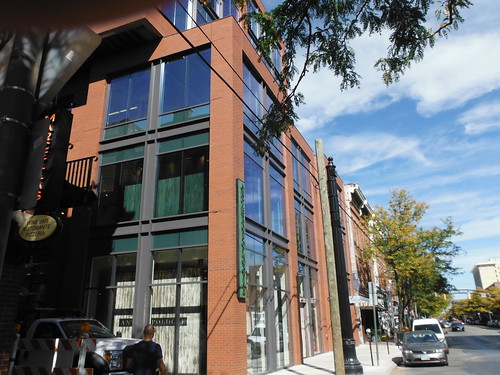 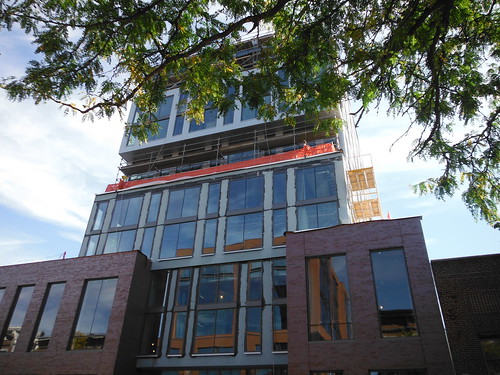 This is looking down from High Street to the place I was two weeks ago. 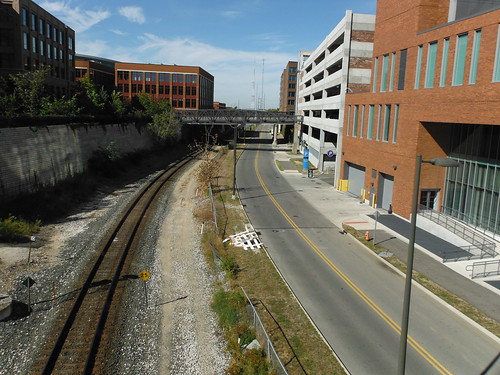 Two weeks ago when I was looking up from down there at the Nationwide building I noticed a building I had never noticed before.  This is the building.  Turns out it is another building used by Nationwide. 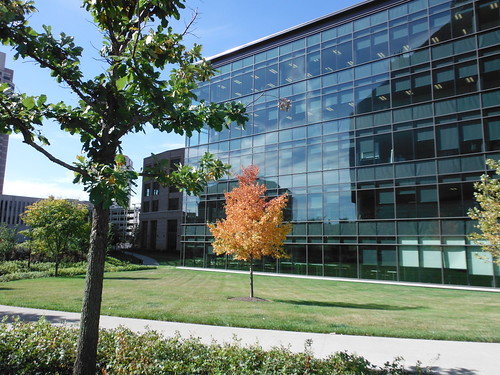 I was looking in the windows of this neat but run down old building at 51 North High Street.  It is being gutted on the inside. 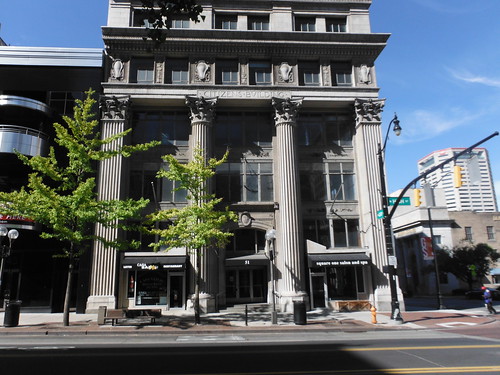 It is apparently being restored and converted to condos.  That will be a nice improvement to the area.

This is the back of the building from W. Gay Street.  I thought the alley looked interesting  so I headed that way. 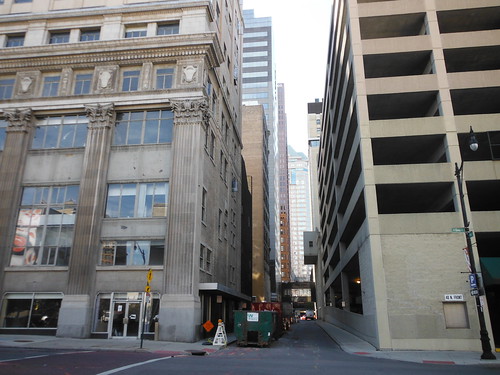 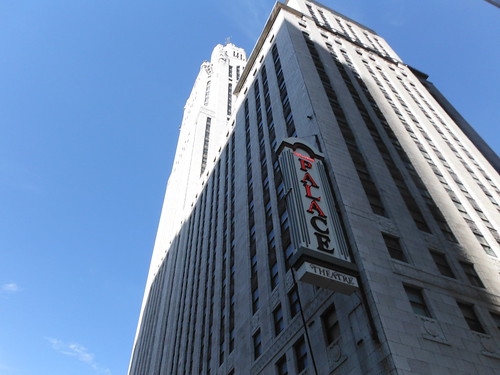 This is the Wyandotte Building across the street.  It was built in 1897-1898 and is on the National Register of Historic Places. 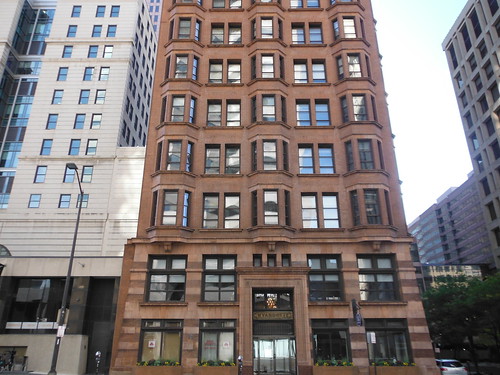 This construction project is underway at Main & High.  It’s going to be mixed use, office & condos.  Looks like it is going to be a great building – details.  It’s just south of the Columbus Commons. 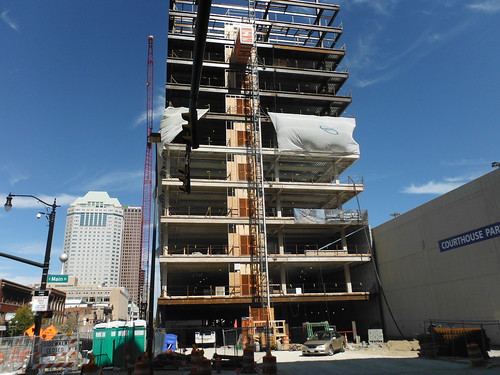 Eddie George’s Grill in the campus area. It always looks like this on game day. 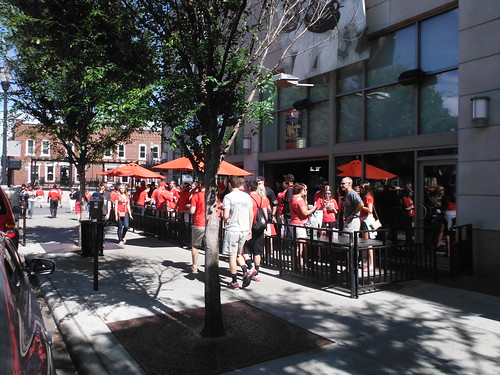 Back to Whetstone Park – 21 miles.